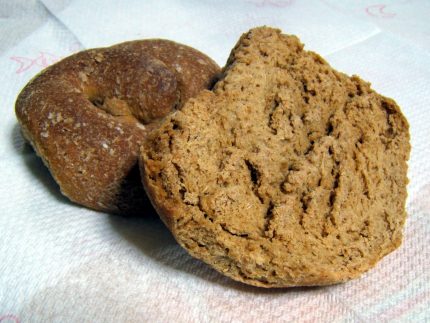 Here’s a healthy dish from Salento for you. Simple, poor, tasty, very fast.

The traditional frisella (or frisa) is a piece of hard bread which is baked twice and cut into two halves before the second baking. It is made with wheat or barley flour. It can be bought in any bakery in the Province of Lecce (also known as Salento), but in different forms is available also in other regions of Southern Italy.

We sell it online, a top-quality variant made with flour “Senatore Cappelli”.

First of all, get some tomatoes (it works with all kind, but normally ciliegini, pachino or San Marzano), then cut them into small pieces

Put the frisella in a bowl full of water (ideally filtered water) for 1-2 minutes so that it becomes softer. It’s hard to eat without dipping in water first, unless you’re eating ‘friselline’ who are normally milder, so they can be consumed also as a snack (we sell them here). Don’t leave it too long in water, or it’ll become too soft.

Strain the frisella, put it on a plate and add the tomatoes. Squeeze some tomato juice on top of it.

Add a pinch of salt.

Sprinkle the origanum and add some capers (if you don’t like them, you can skip this part).

This is the basic frisella but you can add other ingredients, such as mozzarella, sottaceti (peppers, aubergines, mushrooms, olives) or tuna in olive oil, to make its taste richer.

If you are on a boat, you can also drench the frisella in the sea. 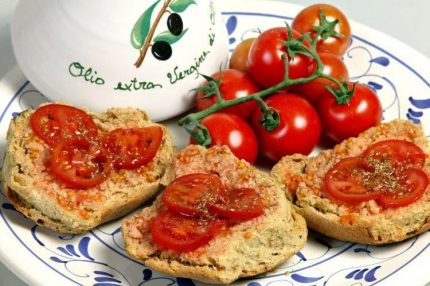