In Italy, Christmas is spent primarily in the family. Each region, of the winds that make up the boot, has its typical dishes, with enormous differences. Here the main … 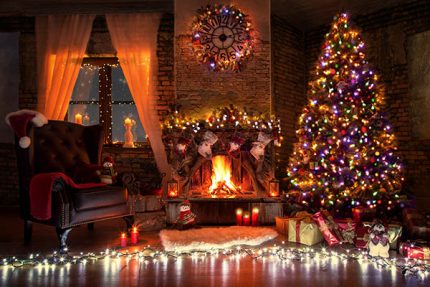 A culinary journey across Italy and its regions during Christmas

To start from the far north, among the Christmas recipes of Trentino Alto Adige it is necessary to mention the dumplings, large bread dumplings that are combined with mountain cheeses and speck, a local salami. Among the desserts, we should mention the apple strudel, crunchy and with a soft filling characterized by cinnamon. We have for sale a particular variant of the Strudel, to try!

In Piedmont, the agnolotti del plin, small raviolini filled with meat seasoned with a brown background, cannot be missing. The vitello tonnato opens all Piedmontese Christmas lunches together with the bagna cauda, ​​a recipe based on garlic and anchovies.

In the Aosta Valley, there is no shortage of cured meats and cheeses, the latter associated with honey and jams. Among the main dishes stand out polenta and game, together with duck pate and crepes!

Friuli Venezia Giulia boasts numerous recipes for Christmas. First of all, tripe, followed by various desserts such as gubana, a puff pastry donut made with citrus fruit and raisins. You can easily prepare it at home: just add 80 grams of raisins, previously softened in marsala. Then add 100 grams of walnuts, 50 grams of pine nuts and chop everything. In a pan, toast 50 g of breadcrumbs in 50 g of butter, then add it to the other ingredients, sprinkle with a pinch of nutmeg, ground cinnamon and a spoonful of sugar, preferably not refined. Mix well and add 1 egg yolk and a beaten egg white. Roll out 700 g of puff pastry, place the filling in the centre and wrap to close. Brush with the beaten egg yolk and bake at 190 ° C for about 45 minutes.

In Veneto, Vicenza-style cod with yellow polenta is the king of Christmas recipes. Even the mixed boiled meat with horseradish cream, a sauce based on horseradish and breadcrumbs, cannot be missing, along with the classic risotto with radicchio. Among the desserts, it is impossible to forget the classic Veronese pandoro, widespread throughout Italy and abroad.

In Lombardy, unlike the regions of southern Italy, it is not celebrated with the Christmas Eve dinner, but with the Christmas lunch on December 25th and among the first courses there will be a creamy Milanese-style risotto, while among the main courses Christmas is the baked guinea fowl. And among the desserts, of course, the Panettone, which we offer here in a particular version with figs and chocolate!

In Liguria, the focaccia, already present on Ligurian tables throughout the year, becomes a precious Christmas appetizer that is accompanied by meats and cheeses. Then we also find the fresh pasta with which the classic ravioli with ragù are prepared! Among the desserts, it is impossible to forget the Genoese pandolce.

Emilia-Romagna is the home of the Christmas culinary tradition which, with lasagna with meat sauce and tortellini in broth, has been able to contaminate the Christmas customs of all Italy! An alternative to tortellini are passatelli, strictly in broth.

In Tuscany, at Christmas, but not only, you will find the famous crostini with chicken liver pate. These croutons, which then gave birth to the most modern Christmas canapes. Among the desserts, we find the befanini, typical Christmas cookies with aniseed liqueur enriched with coloured sugars.

The Ascoli olives open all the Marche Christmas lunches, which continue with turkey broth and cappelletti. Following are sausages, thistles and pork ribs, a southern version of the Milanese cassoeula prepared with cabbage!

The capon is the protagonist of the Christmas recipes in Umbria. It is prepared with the filling of cappelletti or boiled or baked. Among the desserts, we find the pinoccate, delicious cookies made of pine nuts and sugar!

The Lazio – and Roman – culinary tradition, even at Christmas, can only refer to classic sauces such as amatriciana prepared with tomato and Amatrice cheek. But the real protagonist of the Christmas recipes of the region that hosts the capital is the lamb with potatoes.

In Abruzzo it is not Christmas without cardone, a broth made from hen, eggs and thistle that is consumed before starting the big tables of Christmas lunch! And the arrosticini? Yummy as always, but not allowed during the Christmas lunch.

Christmas Molise instead opens with Franz’s pizza in hot broth, a typical dish that brings together small pieces of egg-based pizza and Parmigiano Reggiano baked in the oven with broth. Even in Molise the cod is one of the protagonists, it is prepared in the oven with aromatic herbs. As for desserts, we find calcium-based wine, boiled chestnuts, honey, almonds and candied cedar.

The Christmas tables of Basilicata are influenced by Puglia and Campania. And although the recipes are very similar, in Basilicata we prepare calzoncelli, typical Christmas sweets made with almonds and chocolate that can be fried or baked.

In Campania, in Naples, walking among the stalls full of statuettes of the crib, holding a cuoppo of fish along San Gregorio Armeno is one of the most suggestive experiences you can have in Naples. The cuoppo is nothing more than a paper cone full of fries that are freshly prepared along the streets of the Campania capital. But back to us and the Christmas recipes. Baked pasta prepared with eggs, ham and ragù is one of the typical dishes of the Campania Christmas tradition. The reinforcement salad, a dish made of cauliflower, vegetables and fish, opens all Christmas lunches in Campania.

In Puglia, as in Lazio, baked lamb is prepared for Christmas. As a side dish, there are turnip tops and vegetables, while among the desserts we find the cartellate, typical Apulian sweets, but also the mustazzoli, also widespread in other southern regions.

The Calabrian Christmas lunch is based primarily on quantities! Nothing is thrown away and if it advances, it recovers the next day. Calabrian recipes include pitta ‘mpigliata, a dessert made with candied fruit, dried fruit and raisins. Among the Calabrian Christmas dishes there are cullurielli or cuddurieddi, which can be prepared in both sweet and savory versions. They are small pancakes made from flour and water which are flavored with sugar or, in the salty version, with anchovies. And let’s not forget the many cold cuts, especially spicy.

In Sicily arancini (or arancine) reign, rice balls stuffed with meat sauce, peas and then fried will not be missing among the Sicilian Christmas recipes! The fried battered cod is typical of the Christmas tradition of this wonderful island. And among the desserts you can not forget the candied fruit, cannoli and cassata.

Finally, in Sardinia, lamb is prepared, but according to the Sardinian recipe that is also prepared at Easter. As a first course, there will be culurgiones, slightly citrus ravioli of fresh pasta, stuffed with ricotta or potatoes and seasoned with a simple tomato sauce enriched at the end with Fiore Sardo, the best known of the island’s pecorino.